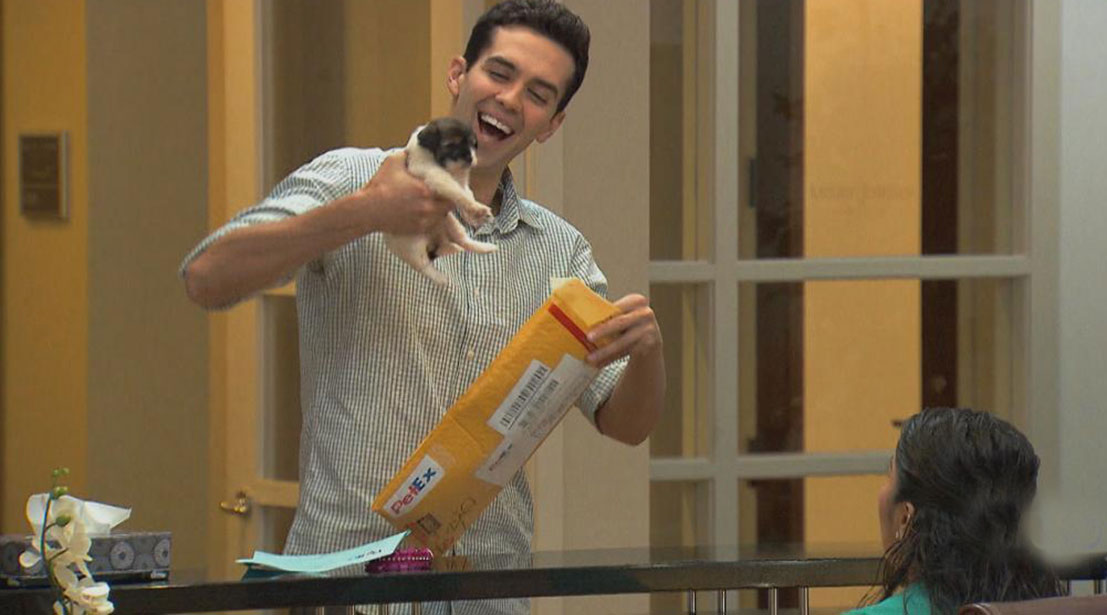 TruTV has greenlighted six new series as it changes its brand, targeting a young audience of “funseekers.” Over the past eight months, truTV has been reshaping its brand, turning over a slate of more than 30 projects in development. The network’s slate of new shows includes Fake-Off, a Kabuki-inspired, pop-culture-themed talent competition series; Way Out West, a reality Western about three rival outfitter families in the Idaho backcountry; How To Be A Grown Up, a comedic take on the relatable trials and tribulations of true adulthood; Local News (working title), a look at the playful rivalry between the news teams at two small-town television stations; and Hair Jacked, a new ambush game show that gives contestants the opportunity to win big money or go home with the cut of the day. Additionally, after sneak peeking new series The Carbonaro Effect on April 1, the network ordered 13 additional episodes before the first-season launch of the Michael Carbonaro starrer, debuting Thursday, May 15, at 10 PM. The network also ordered another season of Impractical Jokers, which finished the first quarter of 2014 ranking as basic cable’s No. 1 program in its Thursday night time slot with adults 18-34, as well as a spinoff series, Jokers Wild! Here’s a rundown of truTV’s five main programming categories, with details about the new series and projects:

Way Out West takes viewers inside the Idaho backcountry, where three charismatic families are engaged in a rivalry in the outfitting business that has gone on for 150 years. truTV has ordered 12 episodes, plus the one-hour pilot, with plans to launch the series in July.

When a spunky young reporter from Connecticut lands her first big job in a small-town news market, an unexpected shake-up occurs. Local News follows a group of local anchors as they compete for the top spot in the game. The character-driven docu-soap will spotlight the playful – and at times cut-throat – rivalry between two local news stations and the dynamic newscasters who are determined to take their jobs seriously, even when some of the news they cover is less than serious. truTV has ordered eight episodes of Local News, which is slated to premiere in fall 2014.

This brand new series will follow comic magician Michael Carbonaro as he uses his skills to trick, amaze and amuse an unsuspecting public. truTV originally ordered 12 episodes of the series for the first season, plus a pilot presentation. The show generated a great deal of social media buzz with its April 1 sneak peek, prompting truTV to order 13 additional episodes before the series officially launches on Thursday, May 15, at 10 p.m. (ET/PT).

Fasten your seatbelt. The search is on for America’s next great car designer as truTV and Chevrolet team up on this brand new competition series. Hosted by Brooke Burns (pictured at left), Motor City Masters will pit 10 designers against each other to test their limits of design expertise and creativity. Challenges on Motor City Masters will explore various aspects of design, inside and out. The designs will be judged by Jean Jennings, president and editor in chief of Automobile Magazine and internationally renowned car designer Harald Belker. They will be joined each week by a special celebrity guest judge. truTV has ordered 10 episodes of the Motor City Masters, which is scheduled to launch in June 2014.

Fake-Off is an original entertainment format featuring teams of performers who recreate and reimagine iconic moments in pop culture. A captivating mix of Kabuki theatre, acrobatics, dance, costume and illusion, Fake-Off is a highly visual talent competition series like nothing you’ve ever seen. For the first time ever, these colorful and creative teams will compete in an elimination battle to see who’s got the skills to be named America’s Fake-Off champions. truTV has ordered eight episodes of Fake-Off, with plans to air the series in the early fall.

Produced by the team behind Hollywood Game Night, Hair Jacked is a hilarious, high-energy game show in which unsuspecting contestants have the chance to win cash prizes, all while getting a haircut. But they have to play smart because one wrong answer could send them packing with the worst hairstyle of their lives. truTV has ordered 16 half-hour episodes of Hair Jacked, with plans to launch the series in fall 2014.

How to Be a Grown Up – Mission Control Media

On How to Be a Grown Up, comics will offer humorous advice and common-sense solutions to universal issues facing all adults who feel like they’re a kid stuck in a grown-up body through interviews, sketches and animation. If you’re 40-going-on-21, this is the series for you. truTV has ordered 16 half-hour episodes for this series, which is slated to launch in summer 2014.